To get where you want to, you need the right tools 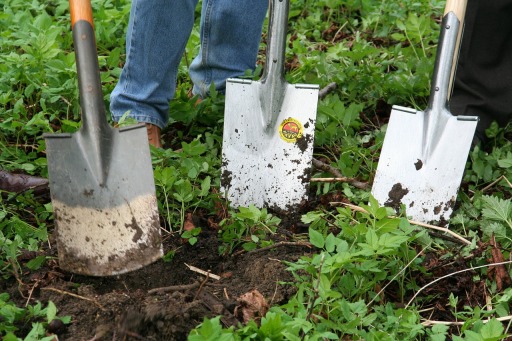 This weekend I had a dinner I thought might never happen again. Ray, Thabiso and myself can get into quite deep discussions on topics concerning our success, wealth, business and general solutions to the world’s problems. Ray moved to Norway about a year ago and is now moving to London. Thabiso and I are business partners, so I get to see him all the time. But if Ray is gone for good, those in-person discussions between the three of us may be coming to an end. However, Ray was here visiting family this week, and so the three of us got together for dinner and the deep discussion ensued. There is always something that each of us can take away because these discussions allow us to learn from one another.

Here is my take-away from that discussion and I hope you find it as valuable as I do.

As I stated, Ray moved away and so the first topic of discussion was how each one is doing and how we are tracking against our latest set of goals. This quickly became a topic of how we are successful in some areas and not so successful in other areas.

The three of us are similar in that we love to consume information from YouTube and any other platform that can teach us something. And we often share with one another what we recently learned or what we want the others to see. Then we get together and discuss our unique viewpoints on the content. This time we were talking about how much effort it takes to look after x-number of customers and how we can scale it, or not. To give you an example, Ray has been running a business providing a service to customers. Let’s say he has 5 customers that he charges $1000 each per month ($5000 pm revenue) and they all sign a 12-month contract with him. It is hard work though, and time consuming. Ray has now chosen to change his business model and will rather build a training manual for each of his customers that teaches them to do this themselves. He will sell it to them once off for $3000. Over a year, the customer saves $9000. I asked – “But do they want to do it themselves? Some customers don’t want to do this themselves, Ray, isn’t that why you had customers?”. Ray explained to me that he will focus on customers who do want to do it themselves and he will focus on a specific industry, for e.g. photographers. So, he will have a niche.

Here were some of Ray’s problems before the change:

How did changing the model fix this?

I asked Ray why he made this switch. He said the old way would not allow him to earn $30 000 per month. He didn’t have the capacity to do that. Now all he needed to do was sell to 10 customers per month (only 10 worldwide) and he would earn that. Easy money.

So here is the lesson – Ray wanted to get somewhere and achieve a specific goal. In this case it was a revenue target, but it could have been anything. He realised that what he was doing was not going to get him there. At this point Thabiso jumped in, and this is where the penny dropped for me. Thabiso said that “if you aren’t getting to where you need to be with the tools you have, then you need to change the tools”. That’s exactly what Ray did. He realised that his existing toolkit was not sufficient, so he changed it. Think of it this way – you might want to dig a 100m trench with a spade. It will either take very long or be impossible depending on the time constraint and soil condition. So, you have options: you can dig harder with your spade, hire more people with spades or you can change the tools and bring in an excavator that will get it done in a fraction of the time.

Look at where you want to be or what it is you are trying to achieve, and if you feel like you aren’t as successful as you’d like to be, then look at the tools you are using. It might be time to get the right tools for the job. A big thing I also realised as I wrote this, is that Ray and Thabiso are part of my toolkit. I often go to them for advice or to just have them listen as I say something out loud to see if it makes as much sense as it did in my head. The people around you are also part of your arsenal. Pick them wisely. And importantly, also try being a tool of value to others around you.

This site uses Akismet to reduce spam. Learn how your comment data is processed.